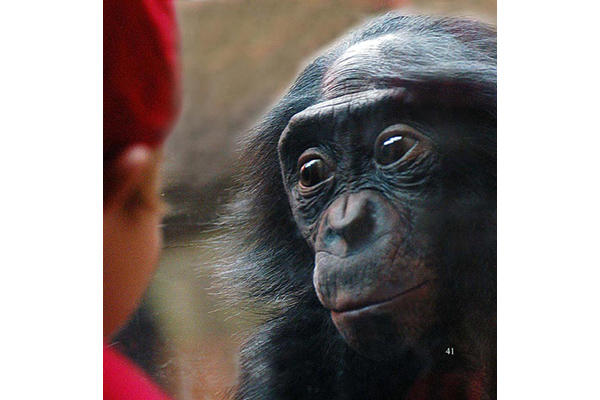 Marian Brickner is an internationally acclaimed animal photographer who calls Saint Louis her home.  She has authored 40+ books featuring her exceptional photography, and her work has graced the covers of numerous publications, including National Geographic Kids, Ranger Rick Junior, and the cover of world renown primatologist Frans de Waal’s seminal book, The Bonobo and the Atheist.  Recently, we caught up with Marian for a delightful interview about her remarkable life and work.

Deb:  We’re so excited that you’ve joined us for this interview, Marian.  Please tell us how you got started as a photographer.

Marian:  Actually, I can tell you exactly what happened.  I woke up one day when I was 55 and said to myself, “Why do people keep killing each other?  I have to do something!!!”  For some reason, photography kept coming to me as an answer.  I did a little research and came up with the following logic.  Sometimes, we humans look at each other and don’t like what we see.  That other person may not look, dress, or act like us.  When that happens, we do something inexplicable.  We say to ourselves, “You don’t look like me.  You should be dead.”  Absolutely nuts.  So, I asked myself, “Whom do we look at that we don’t EXPECT to look like us?”  That led me to animals.  I decided to focus on small individuals like grasshoppers, praying mantises, etcetera and photograph them.  They had to agree to look into the camera, of course, and to be tripod height.  I would then show people that picture, and they would say, “Well that’s just a grasshopper.”  Then I hoped they would say the same thing about the next person they looked at.  “Well that’s just a person.”  I thought the transition between seeing a small individual in a non-human body would cause an infinitesimal perception shift about the next person they saw.  And they wouldn’t feel the urge to kill it.  It hasn’t worked completely, but I’m not giving up. 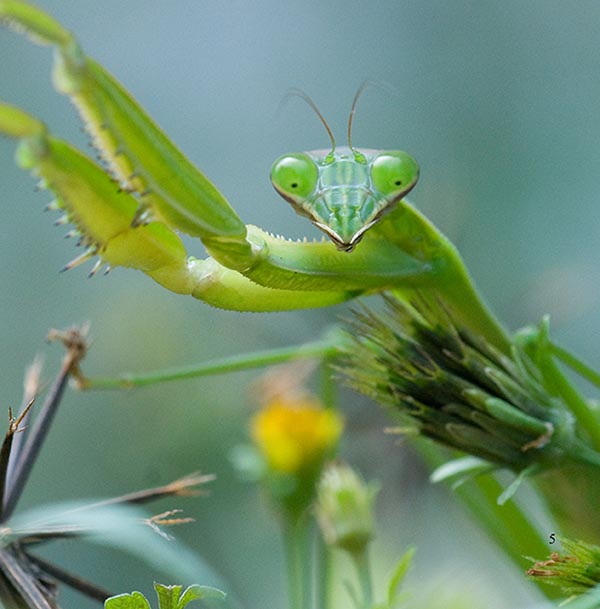 Deb:  What a wonderfully compelling story, Marian.  How did this unique philosophy propel you forward in your career?

Marian:   I am using photography as a tool to illustrate this whole issue.  I am always photographing individuals who live in the bodies they happen to have, usually non-humans, doing their life.  People relate.  It appears that my images produce smiles consistently.  So, at least I can produce a two-second smile.  Maybe that helps people to have a good minute.

In 1998 I found out about bonobos, the fourth Great Ape, the one we rarely hear about.  I decided to photograph a baby bonobo, Lucy, who lived at the Jacksonville Zoo and Gardens in Florida, and to get a children’s book out to show children that bonobos even exist.  I finally got the book out, titled I’m Lucy, A Day in the Life of a Young Bonobo, and Jane Goodall wrote the afterward for it.  I ended up documenting Lucy for 13 years.  She grew up and moved to La Vallee des Singes, a primate park in Romagne, France, to join another group there.  So, I had to go to France to finish the project.  And she had a baby named Yuli.  One of my pictures ended up being used for advertising for the park and appeared on billboards in France. 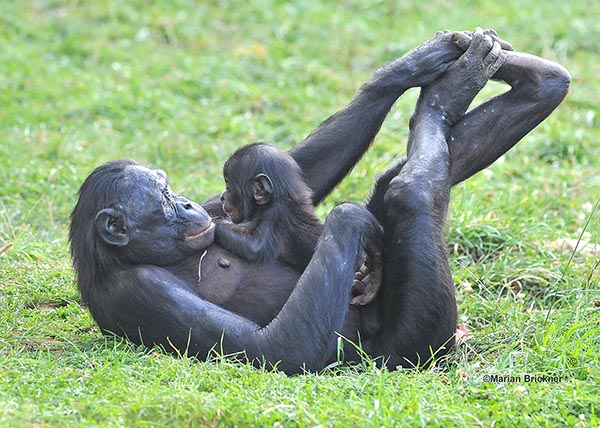 Lucy on Billboard in France – Photo by Marian Brickner

Deb:  What a lovely, captivating photograph.  So, I can’t help but wonder, what would a day in the life of Marian Brickner look like as a photographer?

Marian: First, you should know I never took lessons.  But I was so adamant about getting that picture of a praying mantis looking into the camera that I kept asking real photographers what to do and getting equipment that would do what I wanted.  It turns out that it takes hours and hours and hours of practice.  Thousands of hours.

For example, I recently set out a two-month training practice for myself with a new camera body and lens that’s drop-dead sharp.  I couldn’t travel much, so I would go outside the house and watch the robins.  Eventually a robin I was watching would decide to go over there. [Marian gestures broadly from left to right.]  My job was to get the picture sharp when she decided to go instantaneously over there.  I spent two months training with the new camera.  If quick enough, I could catch the robin going over there and get it sharp.  That was two months of taking photographs almost every day for probably an hour a day.  Do the math and that’s seven hours a day for eight weeks, or 56 hours of practice.

Then I took out my big lens.  I located a place in Forest Park, Missouri, where mallard children were hanging out.  Sweet, but not awesome.  The lens and tripod weigh a total of 25 pounds.  And I’m old, and I pretend I’m not.  I have to carry them.  “So what?” I say.  I’m going to go and stay there for a designated time – say an hour and a half every day.  And whatever comes along, I’m going to photograph it.

So, I’m there and suddenly a butterfly appears.  I get several shots.

One photo is sharp enough, and I can use it.  It’s nice.  It’s pretty good.  Awesome picture of a butterfly but doesn’t tell the story of who she is, why she’s doing that, what’s happening, and what the temperature is that day. It’s 94 degrees, it’s 4:15 in the afternoon, and she’s needing something to eat.  So, one of the questions is “What is awesome?”   To pick what will make people say, “Ahh, ohhh!”  That’s part of the deal.  And I seem to be able to do that.

The next day I went back and got the best photo [of the lot]—an image of a barn swallow and Mom, one of 476 photos.  That’s how many pictures I took that day.  Been doing this technique since I was 55.  For 25 years, this is the technique I’ve used.” 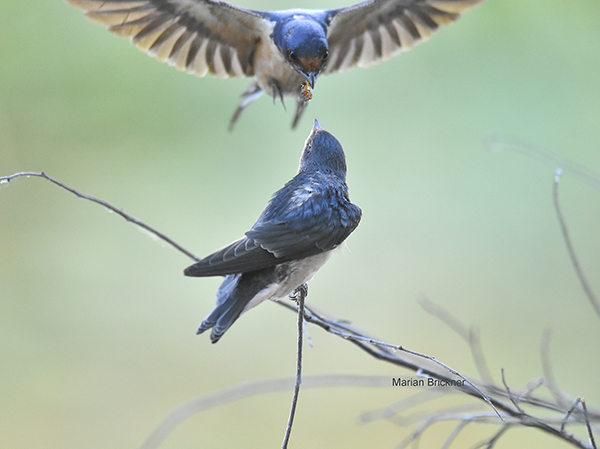 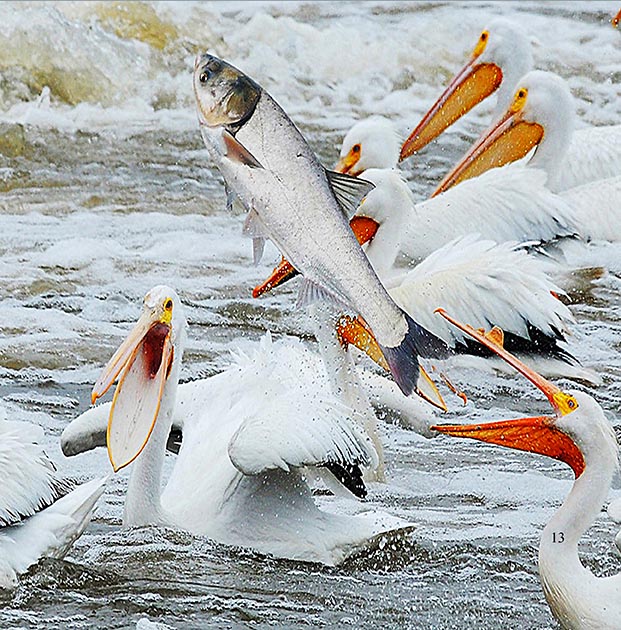 Deb:  You’ve traveled the world as a photographer.  Where are some of the exciting places you have visited to capture your images?

Marian:  First, let me say you don’t have to be anywhere special to get the image.  You can get it in your backyard, unless you want something that lives over there [Marian makes another sweeping gesture].  Then, you have to go over there.

I’ve been to Malaysia to photograph dragonflies, wanting to compare them with Missouri dragonflies.  In the process, I captured Bufo Melanostictus, an Asian toad who lives in Southeast Asia. 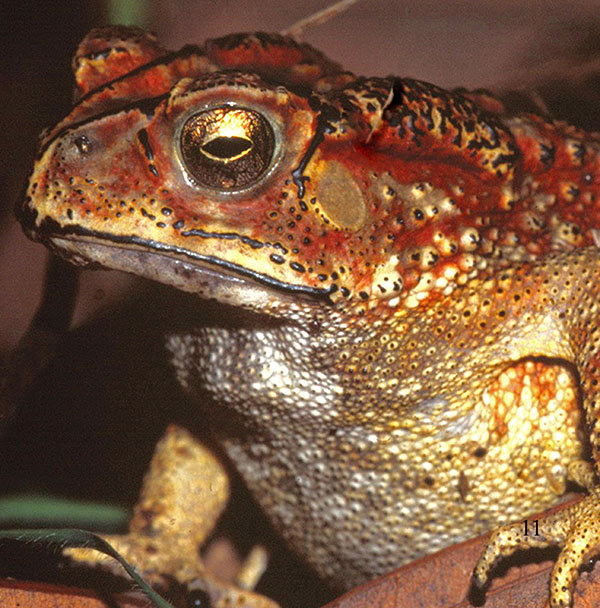 I’ve also visited several major zoos in the U.S., including Jacksonville Zoo and Gardens, where I took a photo named Bonobo Family Portrait, with Mom Lorel holding Lucy in her arms and sister Lexi beside them. 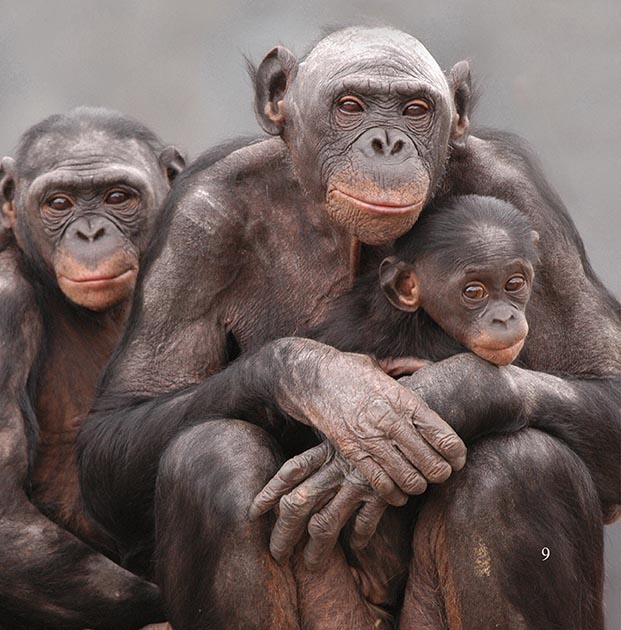 And Cincinnati Zoo, where I took the cover image [for this article] called The Boy in Red with Vic, a three-year-old cousin to Lucy.  I had driven from Saint Louis to Cincinnati to get Vic’s picture.  While there, a father brought his three-year-old son to the zoo for his weekly visit with Vic.  Several years later, this photo was selected by Random House for the cover of Frans de Waal’s book, The Bonobo and the Atheist.  Since then, that image has made its way around the world to Russia, Japan, Sweden, Turkey, France, Croatia, and more.

Again, you can get amazing photographs in your own backyard.  Here are two of my favorite photos from the Saint Louis area: 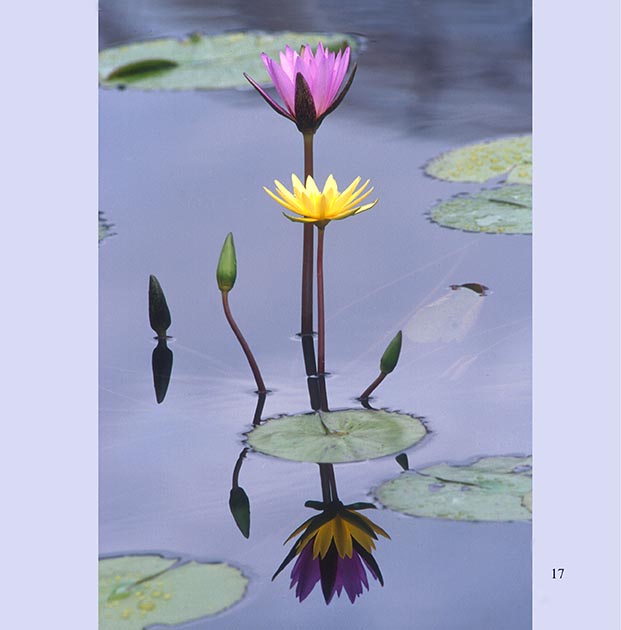 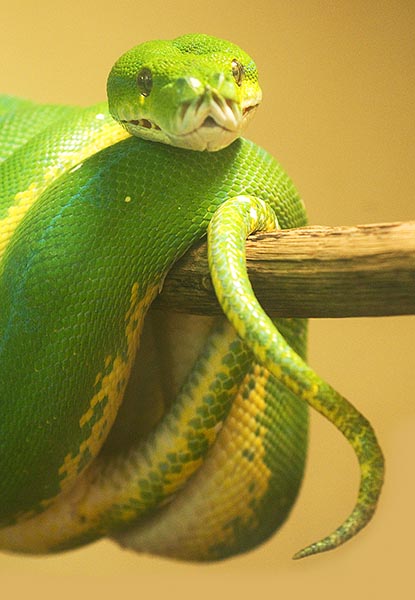 Deb: Your photography is truly extraordinary, Marian.  What a wonderful legacy you’re sharing with the world.  How would you like to be known for your work as a photographer?

Marian:  My contribution is to provide an infinitesimal, one-second, good feeling by providing an image that causes a smile.  It’s the best I can do for the world.  So, my work is very, very important.  To get that image where you will say, “Ohhhhhhhhhh!” — that’s the job.” 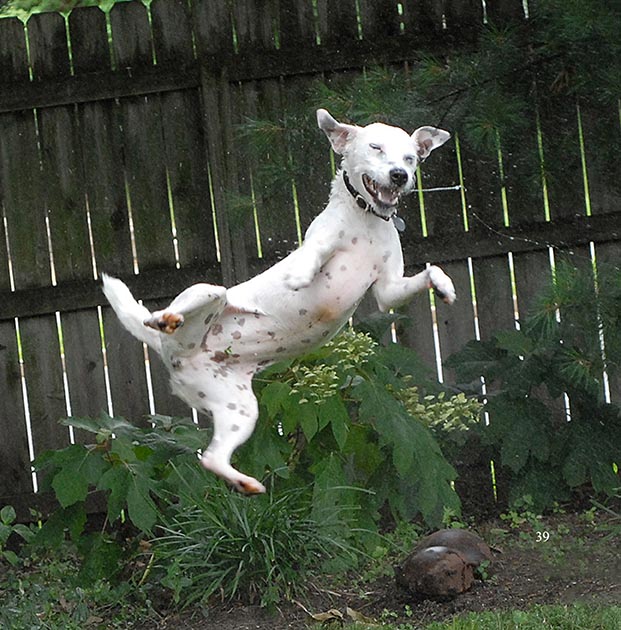 Deb:  I’m grinning from ear to ear as we speak.  One last question:  Where can we can learn more about you as a photographer and see more of your beautiful work?

Marian:  The easiest way is to follow me on Facebook at https://www.facebook.com/marian.brickner.   You also can check out my webpage at http://www.marianbricknerphotography.com/photography/.  You can purchase my books at Amazon.com.

Deb: Thank you so much for spending this time together, Marian.  We’re so grateful for you and your extraordinary work.

Marian:  Thank you, too.