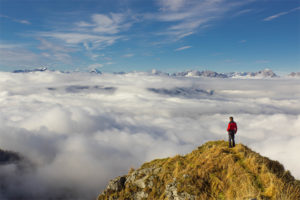 My work history isn’t that great.  Certainly not the ladder-climbing, glass-ceiling shattering, rags-to-riches story you hear from big names like Oprah and Tony Robbins.  I love those stories and strive to do great things, but I’ve encountered too many obstacles, most of my own making.  That’s not to say my obstacles have been any greater or fewer in number than for those two household names.  Certainly not.  It’s just been far too easy to let myself get stuck between a rock and a hard place–believing that I can live my dreams, but then letting others convince me that I can’t.

I landed my first “real” job at age 26, and it ended abruptly ten months later.  No warning.  No explanation.  I was devastated, embarrassed, and ashamed.  A few months later, I learned that I had been hired as a fill-in for someone on maternity leave.  As I stood in the unemployment line to collect my check, I vowed to never let myself get in this situation again.

I had plenty of odds-and-ends jobs that got me through graduate school and raising children.  It was tough to justify a full-time job when the cost of putting my children in day care would consume all of my income.  For me, it was better to stay home rather than hand my paycheck to someone else to rear my children.  I could wait to begin my career.

Once I felt ready to pursue a full-time career, it actually took six years to find a job that used my advanced degree—at $7.42/hour.  I was an hourly worker and earned barely $1 above minimum wage.  I grew disheartened by office politics, wage limits, and various kinds of discrimination.  I realized that to get where I wanted to be, I needed to break free of these kinds of jobs.  Crazily enough, I chose to walk away from that job in 2008, unaware of the economic turmoil that would become “the Great Recession of 2008.”

Around the same time, my life began spiraling out of control in other areas.

When I finally came up to breathe, I was reeling from post-divorce emotions, another round of unemployment, and signs of age discrimination in my job search. Mentally and emotionally, I was catapulted back to when I lost my first job at age 26.  Now I was 47 and among the hundreds of thousands facing the same scenario, all asking the same question:  What do we do now? 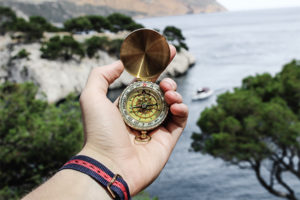 My evolution began by REFRAMING MY THOUGHTS.  But first I had to get out of my funk.  While the world might be expecting me to disappear into the “too old for this” abyss, I knew I had plenty to offer.  With nothing to lose, I decided to create my own future.  With no roadmap, I set out on an unknown path to discover my actual knowledge, skills, and abilities.  I explored what I enjoyed, what I was good at, and the talents I wanted to develop.

As I progressed in this unfamiliar territory, another unexpected but invaluable transformation occurred: TRUE SELF-DISCOVERY.  Up until that time, my “true self” had been molded and shaped by outside forces.  With these constraints removed, my vision for the future began to take shape.  It became easier for me to see what I had to offer the world–motivating me to pick up the pace.

I experienced slight delays whenever I struggled with LETTING GO.  During the hard times, it wasn’t age, income, health, or education that held me back.  Only bitterness stalled my forward momentum.  So I worked tirelessly to overcome old “hurts” and reframe my thoughts–while letting go of the lies, promises, and rules I had been reared to believe.  It would do me no good to cling to the past. 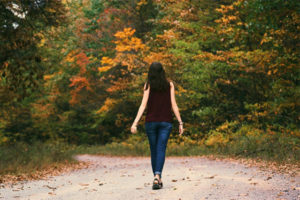 As I let go, amazing things began to happen.  Seemingly out of nowhere, my path widened, doors opened, and magic occurred.  The ideals I once pursued were gradually abandoned in order to REEXAMINE OPPORTUNITIES.  What I saw ahead of me became far more energizing than what I had fought to reclaim:  a new business where I could help others determine what’s next for them by implementing these principles.  Shortly thereafter, my writing was published in six publications, and I was asked to serve as associate editor of Bzine.

Are you struggling with your future?  Are you searching for what’s next?  I challenge you to step forward and continue your own journey of self-discovery.  I can promise you—it’s an adventure worth taking!

Spread the love
Posted in Work