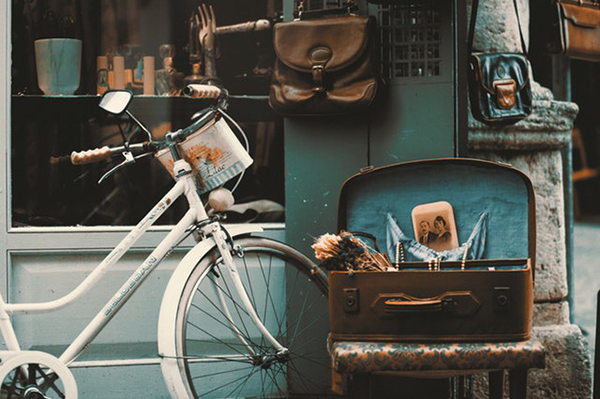 I pulled into the parking lot at 9 a.m. and parked in front of the brown, nondescript building that houses Feed My People, a well-loved charity in High Ridge, MO.  The physical structure is a rambling, one-story, brick building with a storied past.  I had heard that it served as a funeral home at one time–oddly enough, hosting only a single funeral.  There were whispers of mob connections and allegations of money laundering.  Then, Feed My People purchased the building in 1997.  As a writer, I was intrigued by the unusual history and looked forward to receiving a tour.  Little did I know I would leave a different person because of the people on the other side of the door.

The story began the moment I stepped out of my car.  A young man in his twenties rounded the building, rolling a monster-sized garbage bin and wearing a wide, toothy grin.  He waved a cheery “Hello,” welcomed me to Feed My People, and asked what had brought me here that day.  His name was Tyler, he had volunteered with Feed My People for six or seven months, and he was glad I had dropped by for a visit. 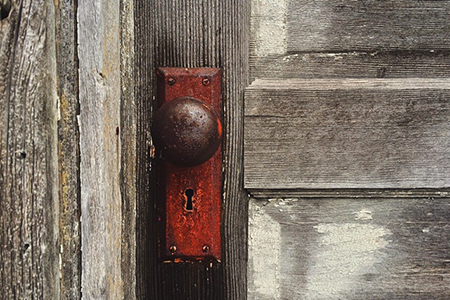 As I entered the thrift store, a lovely woman named Dorothy greeted me with a smile and quizzical look.  “Are you here to volunteer?  We’re not open just yet,” she said.  I laughed and told her, “No. I’m here to learn about your work and write about Feed My People.”  Later in the tour, I learned that Dorothy was one of several volunteers who had been with Feed My People for more than 20 years.

Just then, my contact Pam breezed into the room—with yet another warm, welcoming smile.  “Come. Let me introduce you to everyone.”  As we walked toward the back of the building, I took in the large, well-merchandised thrift store.  The clothing, jewelry, books, and home décor items were meticulously organized.  There was even a section for greeting cards.  The entire store reflected constant tending.  We passed through a doorway and entered a large back room.  Standing along four, tall tables, facing Pam and me, were five animated women ranging in ages from 57-80.  They were talking, laughing, and busily working.  To our left stood Judy, plumping a purple throw pillow, and Tami, sorting a stack of colorful children’s clothing.  To our right were Rose and Shirley, pricing an interesting assortment of tchotchkes, and Carol, examining a fragile, yellowing lace doily.  (Later I learned Carol was assessing whether the doily could be whitened with a little soapy water and a hint of bleach.)

As we approached their work tables, all five women paused their conversations and peered curiously at me.  Pam made introductions, and we exchanged friendly hellos.  I asked them how long they had been with Feed My People, and what they liked most about volunteering there.  I was surprised to learn that Judy had been with the organization for 28 years, Shirley for 17, and Rose going on nine.  (Surely that was some kind of record.)  Carol and Tami had been with the organization for three years each.  All five ladies learned about Feed My People at church or through friends, and they loved it so much they decided to stay.  Especially heart-warming were the reasons they gave for wanting to be there:  “We’re like a family. We love working with each other.  And we love helping people get what they need.”

As we chatted, an older gentleman named Jerry passed quietly through the room; turned into a smaller, adjacent room; and began tinkering with an old typewriter.  Jerry was Feed My People’s 80-year-old handyman and “master tinkerer.” According to Pam, Jerry could fix anything—if it could be fixed.  He’d been with Feed My People for four years and already was indispensable.  Nodding her head toward Jerry, Pam shared the group’s collective philosophy, “Everything old is new again–nothing is wasted.”

Next, Pam and I headed to the loading dock, which was flanked by a large, metal shipping container.  In the far right corner of the container sat a towering stack of 65-gallon trash bags, each filled with clothing.  This particular pile was awaiting a visit from “remnant pickers,” who would go through the bags and sort their contents into two groups:  “better” clothing that could be binned and shipped to third world countries for distribution, and items that were “in less great shape,” which would be made into industrial cleaning rags.  Pam told me that—during her personal travels to Saudi Arabia, Turkey, Oman, and Jordan—she and her husband had visited several local markets and seen clothing bearing sales tags from Goodwill and Salvation Army.  She was hopeful that clothing from Feed My People had also made it to the Middle East. 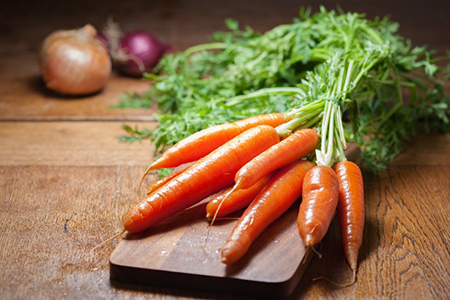 A second pile of large, trash bags—stacked to the ceiling of the shipping container—contained hundreds of pairs of shoes.  This pile was waiting to be sorted, binned, and shipped abroad.  As Pam and I chatted, a man in his late 30s named Brock stepped onto the loading dock from a white panel truck that had just pulled up.  Brock had volunteered with Feed My People for 18 years.  He told me about the vegetables that had just arrived from a nearby prison.  As part of a rehabilitation program, prisoners were allowed to plant and manage a vegetable garden.  Interestingly, the prisoners weren’t allowed to eat what they grew—they were required to donate it to charity.  Once a week, volunteers from Feed My People drove to the prison, loaded up fresh vegetables, and brought them back to give away to clients in need. 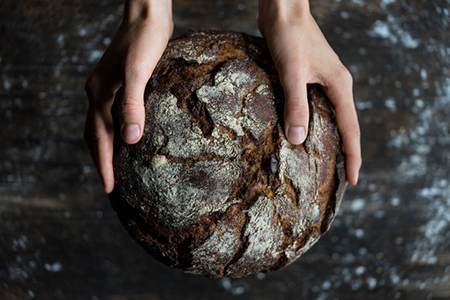 Continuing the tour, Pam and I walked from the loading dock toward an adjacent room.  When we arrived, Pam introduced me to Jo, a lovely, 90-year-old woman with bright, hazel eyes and beautiful, silver hair.  Jo was ‘dressed to the nines’ and eyed me inquisitively.  As we talked, she generously offered me a bagel and told me about the sources of their baked goods.  Three times a week, volunteer drivers made the rounds at local bakeries and grocery stores, where they gathered food donations.  The food was brought back, unloaded, and carefully screened, weighed, logged, and packaged.  Then, Jo took over from there.  Each week, she traveled to Feed My People with another volunteer named Donna.  (At the age of 90, Jo no longer drove her own car).  Together Jo and Donna bagged up the bread, bagels, and rolls, all of which were donated to Feed My People’s clients.

After saying good-bye to Jo and Donna, Pam and I returned to the sales floor of the thrift shop. She stopped, pointed to a wall of glass shelving, and shared a touching donor story.  Their benefactor’s name was Carol, and she had been the owner of a local Hallmark store that recently closed.  Not only did Carol donate all of her shelving to Feed My People, she also helped with its installation and worked with the volunteers to best display merchandise.  As I listened to the story, I couldn’t help but remember Pam’s touching words, “Everything old is new again—nothing is wasted.”

As we neared the end of the tour, Pam shared two final ways that Feed My People cared for their clients.  First, she gestured toward a large, woven basket filled with brown-paper lunch bags containing tiny toys and trinkets.  Each bag was tied up with a simple, satin ribbon—blue for boys and pink for girls—and cost only a quarter.  According to Pam, children especially loved this part of visiting Feed My People.  They would sit on the floor, count out their pennies, and choose a “grab bag” for a little brother or sister.  She smiled at the thought and said, “It’s like Christmas every day!  We work very hard, but we have a good time!”

Second, Pam pointed to a set of white bookshelves, sitting near the front of the store.  There, I saw the prettiest gift baskets, made up of toys that had been donated to Feed My People.  Each gift basket was carefully curated and reflected a particular theme:  Spiderman, Barbie, Soccer, and the Wild, Wild West.  Each basket sold for $6.50.  In addition to volunteering three days a week, Pam had created many such gift baskets for children.  In fact, at the time of this writing, she devotes an entire room of her house to building these amazing creations.  Before wrapping each basket with cellophane and attaching a giant bow, she gently cleans and launders each toy to ensure it’s safe for kids.  Her passion, creativity, and commitment are awe-inspiring.  In fact, on this particular day, Pam had brought in eight new gift baskets to support Feed My People.  Later I learned she had sold seven of those same baskets by the end of the day.

By 10 a.m., clients began to arrive, and Pam needed to return to her work.  I thanked her for the delightful tour.  As I headed toward the car, I couldn’t help but feel that I had been transported to a different world—one that was filled with hope, love, and compassion.  I glanced back with fresh eyes at the building with the storied past and smiled to myself.  Indeed, everything old is new again—nothing is wasted for Feed My People.

Spread the love
Posted in Give