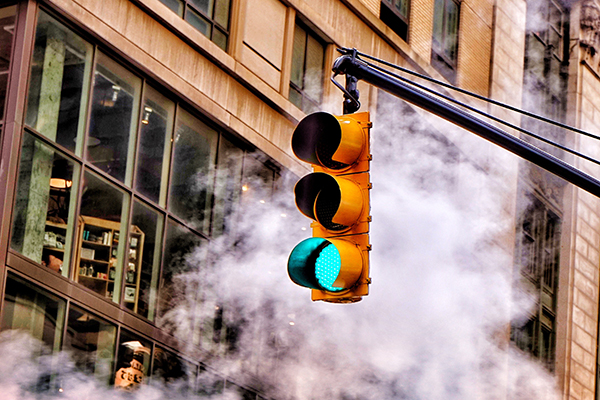 It was the Winter of 2009, and our country was in the thick of the Great Recession. The United States went through its longest and, by most measures, worst economic recession since the Great Depression between December 2007 and June 2009. It was a time of economic upheaval that shifted the direction of the lives of millions of people. In January of that year, I heard an announcement on the radio about a new organization that was being formed at St. Patrick Center in St. Louis, Missouri. They were inviting people to gather at their conference center and learn more about it. When I walked through their doors on February 3, my life was changed forever by GO! Network.

Previously, I had a career that I thought was going to last for many years at a large corporation. The company was one of the first ones that was impacted by the downturn in the economy. They laid off hundreds of people, and the services of my entire department were ultimately outsourced. I decided to begin an entrepreneurial journey and opened a photography business. The first year was a struggle, and I needed help to figure out how to grow my business.

At the first meeting, Dan Buck, who was the CEO of St. Patrick Center at the time, welcomed a large crowd and explained the purpose of the organization. It had been created to help career professionals who needed direction, education, connection and community. He explained that it would be run by volunteers in the audience and asked people to raise their hands to get involved. I was one of those people.

At our first volunteer meeting, the participants were asked to come up with ideas about how to run the organization based on their expertise and goals. The direction was guided by Chuck Aranda and a team at Celtic Creative, a division of St. Patrick Center that was created for this purpose.  Ultimately, committees were formed to develop and manage specific responsibilities such as programming, marketing, budgeting and event planning.  I volunteered to lead the marketing committee and became a member of the planning board.

Why? This was a chance to give back and make good use of my time. Just like the other people who showed up, I needed a village! My previous careers had been in sales with a touch of marketing. I was interested in pursuing marketing as a full-time career before the economic dominoes started to fall. In addition to expanding my photography business, this was also an opportunity to learn more about it as I worked with a variety of people.  For a year, I spent several hours donating my time and services to growing this community. I worked with writers, graphic designers and members of the other committees on outreach and providing quality programs for the attendees. I photographed many events for GO! Network and St. Patrick Center and took dozens of business portraits for career seekers.

There were people who questioned why I was so dedicated, but there was no doubt that I was supposed to be on this path. I expanded my knowledge about digital marketing and was able to put it to work for the organization as well as my own business. As the community grew, so did my valuable connections and opportunities.

Thanks to continued support from St. Patrick Center, the St. Louis business community and, in particular, Roni Chambers, GO! Network continued through 2013. It had a very positive impact on many of the people who became involved as volunteers and attendees. Fortunately, the economy improved, and people found jobs or started businesses that were on the other side of this devastating period in our history. I’m still in contact with many of the people I met there, and what I learned took my business to another level. It gave me a chance to start turning my passion into purpose and profit. I joined other professional groups and continued to branch out and grow a profitable company. Building community through productive networking and volunteering has been a gift that will keep on giving now and forever.

Spread the love
Posted in Article, Give