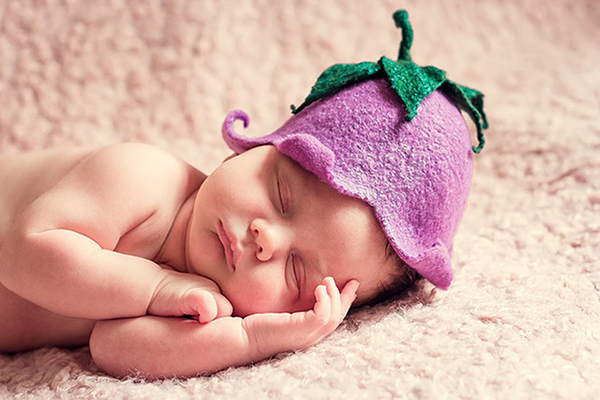 The battle of the bulge is an overused phrase meant to represent the frustration one feels with his or her body and all the extra pounds that are packed on to it. Puffy-faced baby pictures of children have been a trend throughout history. They represented wealth and vitality, not to mention overall cuteness. Who could resist a chubby-cheeked baby? The “oohs” and “ahhs” made their mothers proud. Things would change when those cute babies were school-aged children and bullies would yell out original nicknames like “fatso” and “lard ass.” For me, my bulges were everywhere for most of my life. My battle would be an ongoing one which would take me from pills and shakes to starvation, all in the name of being thin. The Thin Club was like a sorority that I was desperately trying to get into. Unfortunately, that club was illusive for me, especially when I went shopping in the husky department of clothing stores. But thin was what I tried to be over-and-over again – the proverbial fat girl who would try anything to shed those extra pounds.

I was a chubby baby. The thing is, I don’t know if it was because my mom stuffed my face incessantly or if I ate everything in sight incessantly. Blaming Mom made sense though. Did she have to constantly feed me? Couldn’t she have said no to me just a little more often? Mom willingly took the blame. Yes, she did feed me too much, she would say, but couldn’t I see how cute I was? Well, a fat toddler with bushy hair never seemed that cute to me. Was I missing something? Was there some kind of bushy-haired-fat-kid movement in which I was an unwillingly participant? Couldn’t I be a conscientious observer? To make matters worse, somewhere around the age of three, Mom decided it was a good idea for me to get a pixie haircut. Was she mad? Not one hair on my head stayed where it was supposed to be. My hair had a mind of its own, and it was abundantly clear that it wouldn’t take orders from Mom.

Thus, I was profusely aware from a very young age that I was fat. I couldn’t help but think that I was silently cursed given that my sister Janet was thin as a rail. Mom wasn’t happy about that either, so she set her sights on fattening her up first. I remember a feeding regime that Janet was on when she was about 12 years old, which consisted of a shake called “Weight On’ followed by a pack of Twinkies. I sat there mumbling angrily to Janet for eating her twinkies in a teasing manner. I knew that if I asked Mom for a twinkie, she would remind me why my clothes came from the husky department. No twinkies for me, even though I had secretly formulated a plan for how I could sneak back to the kitchen when no one was looking and grab a pack. But Mom was always a few steps ahead of me. She had the twinkies secretly stashed where I couldn’t even imagine looking. She smelled my desperation.

Dealing with my weight issues was much harder than trying to fatten up Janet. Food had to be taken away from me. I wanted to be thin, too, at any risk, but I wasn’t about to give up the things I liked to eat. There must have been some middle ground, but where? Exercise! Mom watched actresses on TV who were in great shape and decided that some kind of exercise routine would benefit me. She would gently try to persuade me about the benefits of exercise. Well, if it worked for the ladies on Charlie’s Angels, why wouldn’t it work for me? So, when I was about 12, I gave exercise a shot. I went to the library and checked out a book on calisthenics. After skimming through the book, I decided which exercises I wanted to try. The thing is, I didn’t know that I would have a coach:  my mom. She sat on the living room sofa as I pushed the coffee table away and did my calisthenics on the carpet. “Push up higher,” Mom would say. “Put your arms up, keep your legs down.” After a few sessions, I was aggravated. Not only was she really bothering me, but occasionally Janet would walk by and say, “You’re still fat,” then laugh and walk away. I was done. Mom and I started out wanting the same thing but ended up on different sides. The line in the sand had been drawn; I was going to do it my way.

But doing it my way presented a certain conundrum. Besides limiting eating and exercising, what other way was there? So back to the library I went in search for the perfect book that would condone eating cupcakes while little to no exercise was needed. Of course, this book didn’t exist. The books I considered had pictures of delicious meals that would detail how to cook them and a list of elaborate ingredients that we didn’t have at home. Our home meals were typical Puerto Rican/Cuban cuisine: rice, beans, meat, and an occasional salad. There was no room for fancy, schmancy stuff like brussel sprouts or trout.  Besides, we always seemed to be on a food budget anyway; fancy foods were just not doable. This diet quandary was starting to look like a very difficult crossword puzzle—tricky–and I wasn’t sure if I could ever find the right answer.

There was another force that was driving my need to get thin:  boys. When I had a daughter of my own and we had the “boy” talk, I tried to remember the first time I felt any kind of attraction to a boy, but I never could pinpoint exactly when it first started. It seemed to me that I always liked boys. Sure, they were rude, mean and disgusting at times and picked on me relentlessly, but damn, I liked them. And I had read enough Judy Blume books to fill my head with girlish, romantic notions that the perfect boy was out there for me. This boy just wasn’t in my classroom or my school for that matter. There would be times when my whole school piled into the church next door to celebrate All Saints Day, Ascension Thursday, or some other Catholic holiday. Such events allowed me to look around nonchalantly at the boys from the sixth, seventh or eighth grades, wondering if my dream boy was a pew ahead of me, perhaps? Instead I witnessed the majority of those boys hitting each other, laughing or making fart noises. If there was a diamond in the rough here, that diamond needed a lot of polishing.

Still Mom knew I liked boys. So, in her infinite wisdom, she thought she’d gently nudge me in the fat-free direction by uttering these five words, “Boys don’t like fat girls.” “Not true Mom,” I convinced her as I tried to convince myself. I had read many a teen novel where the protagonist found her true love despite many obstacles. Maybe she was plain or shy or wore braces, but she ended up with the boy anyway. “It’s just a book,” Mom would say. “Real life is different, and you’ll never find a boyfriend unless you lose some weight, Cindy.” Damn, this really stuck in my craw! For years Mom was kvetching about my weight without using the “b” word and now, despite my books, she just may be right. I realized my days of just smiling and nodding whenever she would bring up diets, exercise or boys were over. Soon I would be a teenager and, as one, I would demand what was rightfully mine, and that included a boyfriend. Time to get serious.

The first diet “aid” I tried was the yummy strawberry shake that I would drink twice a day along with one “sensible meal.” I lost a few pounds, but as soon as I ran out of the powdery shake mix, the pounds crept back on. Then there were the diet pills that I found in my brother Jerry’s dresser drawer. “Lose weight quick and easy!” the brightly colored package boasted. All I had to do was take one pill a day and do nothing else. No diet, no exercise. This sounded like my kind of diet pill. In my naiveté, I thought, what if I tripled the effect by taking three of them? If I could lose a few pounds with one pill, I could slim down fast with three! So, I gobbled down all three with a big glass of water smiling to myself. I would wake up the next morning feeling light as a feather.

Morning never seemed to arrive, however, because my mind played ping pong with an imaginary ball all night. My eyes refused to close, and my feet developed a nervous twitch. When Mom realized I was up all night, I confessed about the diet pills. “Dios mio! Dios mio!” Mom yelled. “You could have died!” I had to convince her that death was the exact opposite of what I was still feeling.

I also thought that maybe skipping lunch would help me shed a few pounds. After breakfast, I went to school lunch-less and I was a-okay with it. When all my classmates opened their lunch bags, I started to think this strategy was a bad idea. When asked about my lunch, I just lied and said that I had forgotten it. I read through my Weekly Reader while everyone else noshed–as visions of a new and improved me danced through my head. By dismissal time, the rumbling in my stomach started to attract attention. I rushed home, went straight to the refrigerator, and devoured whatever was edible. Another diet idea bites the dust.

I would go through this process throughout most of my life, never finding the perfect diet, never achieving the perfect weight. My yo-yo diet lifestyle would often leave me frustrated, drained and sometimes penniless. But Mom was wrong about the boy thing. Boys did like me. They must have looked beyond the imaginary mounds of fat that I believed I had. Maybe they liked my face or my bushy hair. Or maybe they just liked me.